You read correctly. I made duck pastrami. That salty, spicy, sweet, and fatty delicious smoked meat, but with a twist that’s better than most M. Night Shyamalan movies: DUCK!

Wednesday night after work, I went to Hong Kong Market in Chinatown to buy two whole ducks. The thing about duck breasts is that they would run about $8 each if butchered. One whole duck in Chinatown would cost as much as 2 breasts in a fancy butcher. SOOOO I butchered them myself with over 5 lbs of leftover duck to make later. Win-win.

I rinsed the duck breasts off, dried them off with a paper towel, and applied a cure to it consisting of the following:

I let that sit in Tupperware in my fridge until Sunday morning. I threw them in a large bowl and added cold water. Every thirty minutes for two hours, I dumped the water and added more to replace it. This is to brine the duck and rinse off the spices at the same time.

After two hours, I rinsed them off one final time, dried them off, and brought them over to my old friend Josh’s apt around the corner to be SMOKED.

Before prepping the fire, I reapplied the following to the entire breast: 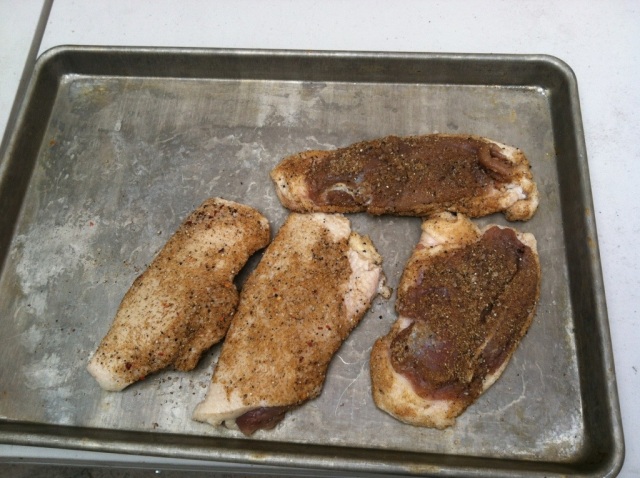 We added wood to the makeshift smoker, lit it with Josh’s handy blow torch, and waited for the temperature to reach roughly 220 degrees. We placed aluminum foil over the grill and threw the duck breasts down. This would capture the delicious fat drippings. 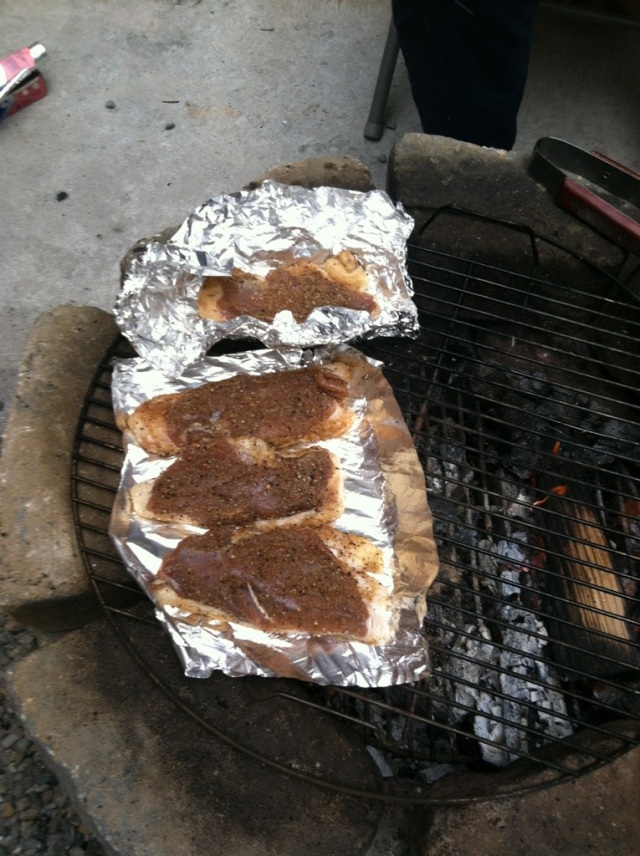 After about 2 hours, the breasts were ready. However, the fat was still VERY thick, so we rendered it out in a cast iron skillet. NOTE: I did save the rendered fat, which I will use this week to make confit with the 4 duck legs I butchered.

Then we were ready to slice and taste!!!

Overall, it was approximately an 80+ hour process, but TOTALLY worth it. Next up, I’m going to make pastrami lox. Stay tuned.

my name is dave. i write about music, culture, technology, and food.
View all posts by David Chaitt →
This entry was posted in Cheap Cooking, recipe and tagged brine, butcher, cure, duck, fat, pastrami, smoker. Bookmark the permalink.